ALA 2019 Officers and Directors Installation

On June 20, 2019, the Appellate Lawyers Association will host its Installation Luncheon of Gretchen Harris Sperry as the 52nd President of the ALA. The ALA's Nominating Committee will present the following slate of officers and directors for election at the meeting:

Registration information may be found below.

Seventh Circuit Holds That Conditional Dismissal Is Not Appealable

A recent decision of the U.S. Court of Appeals for the Seventh Circuit shows that parties cannot try to make an otherwise nonfinal order final and appealable by agreeing to dismiss the remaining claims in the case subject to the outcome of an appeal.

The Seventh Circuit dismissed the plaintiff’s appeal, finding it lacked jurisdiction. Because the dismissal of the claims against Louisville was conditional, it lacked “the binding effects of a truly final judgment.” So long as the plaintiff had reserved the right to reinstate its claims, there was no final judgment disposing of all claims in the district court. The court also found that the conditional dismissal was “the very sort of attempt to manufacture appellate jurisdiction” it had disapproved of in other cases. The court stressed that litigants cannot agree to finality to create appellate jurisdiction.

West shows that parties must be careful to ensure all claims have been disposed of before appealing. And conditioning a dismissal of certain claims on the outcome of an appeal will be viewed as an improper attempt to manufacture appellate jurisdiction. West also lays out a party’s options for appealing an order that disposes of less than all of the claims in a case: Rule 54(b), 28 U.S.C. § 1292(b), or abandoning the still-pending claims.

The Illinois Supreme Court Commission on Access to Justice has approved four new suites of standardized Appellate Court forms:
The Commission's standardized forms are designed to promote, facilitate, and enhance equal access to justice with an emphasis on access to the Illinois Civil Courts. They may be used for filing in any of the five Districts of the Appellate Court statewide. The new forms are available here.

Posted by Appellate Lawyers Association at 8:51 AM 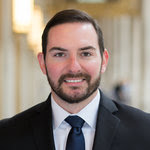 The Supreme Court recently clarified that the 14-day window to appeal from a federal district court order granting or denying class certification is not subject to equitable tolling. In Nutraceutical Corp. v. Lambert, the plaintiff, Lambert, sued Nutraceutical Corp. and alleged that its dietary supplement marketing violated a California consumer protection law. 586 U.S. ___ (2019). Although the district court initially certified a class, on February 20, 2015, it decertified the class. At that point, Lambert had 14 days to ask the Court of Appeals for the Ninth Circuit for permission to appeal. See Fed. R. Civ. P. 23(f).

Instead, 20 days after the decertification order, Lambert moved for the district court to reconsider the order. On June 24, 2015, the court denied the motion to reconsider. Fourteen days after that, Lambert petitioned the Ninth Circuit to take the appeal on the decertification order. Nutraceutical’s response to the petition argued that the petition was untimely. The Ninth Circuit deemed the appeal timely. It reasoned that Rule 23(f)’s time limit was nonjurisdictional, and therefore equitable remedies softening the deadline were available.


The Supreme Court rejected the Ninth Circuit’s approach. Rule 23(f) authorizes federal appellate courts to permit a discretionary appeal if the petition is filed within 14 days after the order is entered. The Court began by noting that because Rule 23’s time limitation is in a procedural rule, and not a statute, it is properly classified as a nonjurisdictional claim-processing rule. Thus, the opposing party can waive or forfeit a noncompliance argument. But merely because a rule is not jurisdictional does not render it “malleable in every respect.” Specifically, some claim-processing rules are “mandatory” in the sense that the rule is unalterable if noncompliance is properly raised.


With that, the Court stated that whether a rule allows for equitable tolling turns on whether the rule’s text leaves room for that flexibility. It first noted that Rule 23(f) is phrased unequivocally. And while that, by itself, was not determinative, the Federal Rules of Appellate Procedure singled out Rule 23(f) for inflexible treatment. Although FRAP 2 authorizes appellate courts to suspend the application of the rules in a particular case on a showing of good cause, it also warns: “except as otherwise provided in Rule 26(b).” And Rule 26(b), while allowing for extensions of time generally, specifies that a court of appeals “may not extend the time to file . . . a petition for permission to appeal.” Given the clear expression of “rigorous enforcement”, compliance with 23(f) could not be suspended on equitable tolling grounds. The Court concluded that this comported with applicable precedent, and was fully consistent with the notion that, because interlocutory appeals disrupt the rule that appeals must ordinarily wait until the end of a case, Rule 23(f)’s time limit would be “purposefully unforgiving.”


Finally, the Court specified that the petition for leave to appeal would have been timely if the motion to reconsider had been filed within the 14-day appeal window. Lambert argued that courts of appeal uniformly hold that, so long as a motion to reconsider is filed within 14 days of an order granting or denying class certification, a Rule 23(f) petition filed within 14 days of the resolution of the reconsideration motion is timely. The Court explained that Lambert’s argument that the same outcome should occur here relied on a mistaken premise. A motion to reconsider filed “within a window to appeal” does not toll anything. Instead, it renders an otherwise final decision of a district court not final for the purposes of appeal. It determines when the 14-day window begins to run—not the availability of tolling. Thus, Lambert’s petition for leave to appeal was untimely, and the case was remanded for further proceedings.


This case should serve as a clear warning that, in the wake of an order granting or denying class certification, whether a litigant intends to move to reconsider the order or to petition the appellate court for review, that action must be taken within 14 days.


Posted by Appellate Lawyers Association at 10:16 AM


MCLE: Participants will earn one hour of MCLE credit for the luncheon. The ALA is an approved MCLE provider.


Registration details may be found below.

On Wednesday, May 29, 2019, the Appellate Lawyers Association will present its Annual Roundtable Luncheon with the Judges of the United States Court of Appeals for the Seventh Circuit. The luncheon provides an opportunity to converse with the Judges in an informal setting and will feature a panel discussion with several of the Judges. Attendees may ask questions and discuss appellate practice with the Judges and will gain the perspective of the other side of the bench.


MCLE: Participants will earn one hour of MCLE credit. The ALA is an approved MCLE provider.


Registration details may be found below.

Read more »
Posted by Appellate Lawyers Association at 8:26 AM

An Interview with Judge William J. Bauer: Reflections on a Six-Decade Career in Public Service in the Law

In honor of the 200th anniversary of federal courts in Illinois, the U.S. District Court for the Northern District of Illinois is presenting "An Interview with Judge William J. Bauer: Reflections on a Six-Decade Career in Public Service Law." Judge Bauer will reflect on his 65 years as a public servant, including his 48 years on the federal bench.


Judge Bauer is a Senior U.S. Circuit Judge of the U.S. Court of Appeals for the Seventh Circuit. Judge Bauer served in the U.S. Army from 1945 to 1947, before earning his undergraduate degree from Elmhurst College and his law degree from DePaul University College of Law. He worked in private practice and served as an Assistant State's Attorney before being elected as DuPage County State's Attorney. He served as a Circuit Judge for the Eighteenth Judicial Circuit, DuPage County, before being appointed as the U.S. Attorney for the Northern District of Illinois from 1970 to 1971. In 1971, he was nominated to the U.S. District Court for the Northern District of Illinois, where he served until he was elevated to the Seventh Circuit in 1974.


DISCLAIMER: The Appellate Lawyers Association does not provide legal services or legal advice. Discussions of legal principles and authority, including, but not limited to, constitutional provisions, statutes, legislative enactments, court rules, case law, and common-law doctrines are for informational purposes only and do not constitute legal advice.


Posted by Appellate Lawyers Association at 7:44 AM